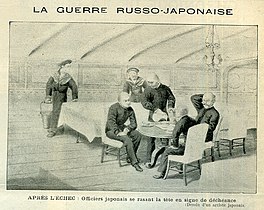 Sarah Palin, (also known as Epic TweeterFail, and back in the times, The Woman) is a freak politician. She likes facebook and tweeting random spam. She appeared as a boss in Super Link Galaxy, Super Malleo Galaxy, and Super Malleo Bros. She was sent to prevent Link or Malleo from getting the Elements, but she went onto a date with George W. Bush instead. She is the assistent to the UnMarioWiki Mascots and has made many appearances in the games/shames/whatever and other stuff. She tried to be popular in the UnanythingWiki, but she epicly failed, and everyone hates her and George W. Bush today.

Sarah Palin got a TV Series on her Tweets, but there was a protest on December 12, 2012, and it was replaced with Family Guy after they found out how much Sonic, Zelda, and Guiyii fans hated it so much. The last episode was called "I am a N00b". She wrote about she and George W. Bush are all n00bs. She also appeared in George W. Bush's TV Series, where she ate the flowers he gave her.

Though she used to be popular, after becoming president on December 12 2012, everyone thought that was the end of the world. After becoming president, the United States of the UnAmerica broke into 5 countries: Louisiana, Oregon, Florida, The USU, and Mexico. Everyone thought that Sarah Palin was horrible, and that she is a Talibanian. The United States of the UnAmerica further broke up into the CSA and the USU when Sarah Palin declared that slavery should exist. The CSA decided that it wanted to leave the USU because Sarah Palin was stupid. Futhermore, after the war New York and the New England states seceded from what remained the USU and called their new country New York. She soon got impeached by the 20 remaining senators. She was soon exiled to the Federal Reserve with George W. Bush

Retrieved from "https://kamafadelgato021469.miraheze.org/w/index.php?title=User:KMFStudios/Sarah_Palin&oldid=10213"
Categories:
Cookies help us deliver our services. By using our services, you agree to our use of cookies.