From Theresa's Wiki
Jump to navigation Jump to search

Keclia (pronounced "kets-lia"), officially the Commonwealth of Keclia, is a sovereign country in the Caribbean Sea.

The name "Keclia" originates from Nahuatl. Before colonization, it was inhabited by Mayan tribes. During the colonial era, Keclia was colonized by Germany, with some Spanish and Portuguese settlements. After WWI, it became a League of Nations mandate of Canada. Several settlements with German names were renamed after Canadian cities, Canadian or British historical figures, or First Nations groups. (For example, Kaiserstadt was renamed MacDonald, after John A. MacDonald.) During the interwar period, Canadians were encouraged to settle in Keclia, as it had warmer weather than most of Canada. During WWII, the Canadian government relocated Japanese-Canadians to Keclia. After WWII, it became an UN Trust Territory of Canada. Between 1958 and 1962, Keclia was part of the West Indies Federation, while retaining ties to Canada. When the Federation dissolved, Keclia became part of Canada again, this time as an "external territory"; a similar status to unincorporated US territories like Puerto Rico. Keclia inherited the flag, coat of arms, motto, and anthem of the Federation as a Canadian external territory, and still uses these symbols as an independent nation. On July 1, 1990, Keclia became an independent Commonwealth Realm. In 1993, the new capital city, Capital City, was completed, replacing the old parliament buildings in MacDonald. Keclia has closer relations with Canada than it does with geographically-closer Commonwealth Realms, such as Belize or Jamaica. Keclia has disputed claims to the Miskito Coast, the Cayman Islands, and the ABC Islands, dating back to the German colonial era. 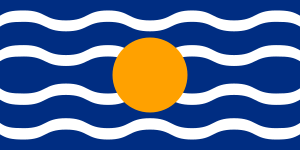 Location of Keclia in Central America

Retrieved from "https://kamafadelgato021469.miraheze.org/w/index.php?title=Keclia&oldid=7315"
Category:
Cookies help us deliver our services. By using our services, you agree to our use of cookies.